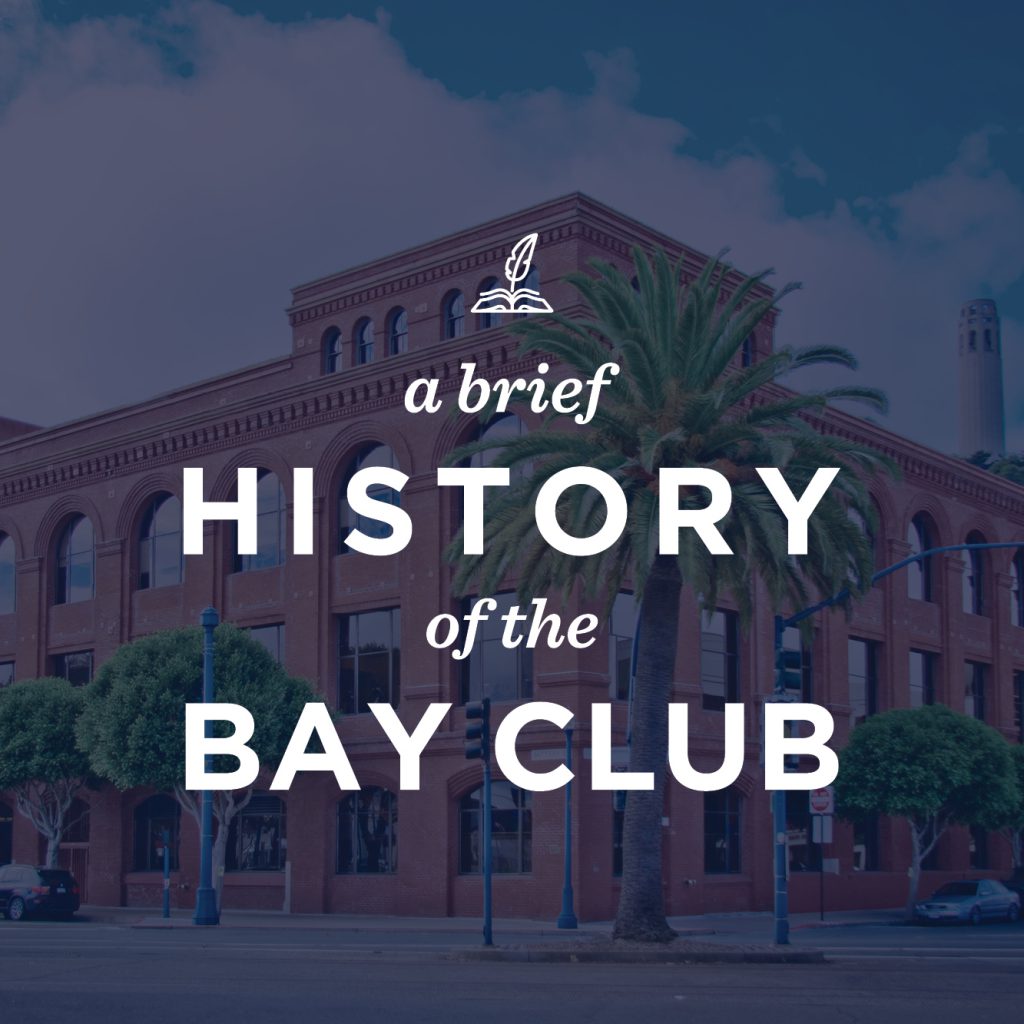 As we fight to bring our business back, we are reminded of the unique spirit of our company and community—one that changes the game, overcomes adversity, and is a pioneer in the industry. So, we’re here to give you a brief Bay Club history lesson so you can see just how far we’ve come in…and where we’ve yet to go.

The original Bay Club was founded in 1977 in a historic warehouse on San Francisco’s Embarcadero. From the very start, the club was a game-changer. It was the first co-ed fitness club in the country and the first club to offer its members shuttle service. Bay Club San Francisco was referral-only and was as much a place for socialization as it was fitness. With success in San Francisco, we acquired our second location, the Decathlon Club (now known as Bay Club Santa Clara) in 1983.

Over the next two decades, we grew into a company known as Western Athletic Clubs—with locations expanding throughout the Bay Area. And by the late ‘90s, we pioneered the sports resort model with the creation of Pacific Athletic Club (now known as Bay Club Redwood Shores). With its broad array of amenities and programming designed to cater to the entire family, the sports resort includes not only traditional fitness offerings, but solutions to daily work, family, and life demands.

Already an iconic brand in the Bay Area, we decided to expand our horizons and move to new parts of the state. In 2002, in addition to opening Bay Club Marin, we focused our sites on Southern California with the opening of Bay Club Carmel Valley. Located on 10 acres in northern San Diego, the club quickly became a third place, away from home and the office, for members to spend quality time together.

Several years later in 2008, our company entered the big leagues with our acquisition by KSL Capital, a leading private equity firm. During this time with KSL, we created the campus model and became major players in the hospitality industry, taking lessons from our sister KSL resort properties. We incorporated new concepts into our clubs, including active lobbies, firepits, and expanded our offerings to include our Seventy-Seven bar lounge, Connect workplace suites, Sanctuary Spas, and more.

In 2013, with 11 club locations across 6 campuses on the West Coast, we rebranded from Western Athletic Clubs to The Bay Club. Under this new name, we were ready for even more expansion. To do so, we were sold by KSL and acquired by York Capital in 2014. In one calendar year, the Bay Club grew from 11 clubs to more than 25 clubs in the Bay Area, Los Angeles, and San Diego. We even partnered with luxury resorts throughout California to offer our members exclusive access to seaside and mountainside resorts.

During this time, we moved into the golf industry—purchasing StoneTree Golf Club, Boulder Ridge, and Fairbanks Ranch. This allowed us to further evolve the traditional country club membership into a more modern and flexible offering that better suited the needs of the modern family.

Fast forward to 2018. We were acquired by top investment company, KKR. With our new investors, we moved into the East Bay and Portland markets with the acquisition of Leisure Sports.

We’re proud of our story. And we’re so happy to have you with us, as we continue to evolve the modern-day club membership and provide a community for our members and associates. We’re looking forward to seeing where the next 40 years will take us! 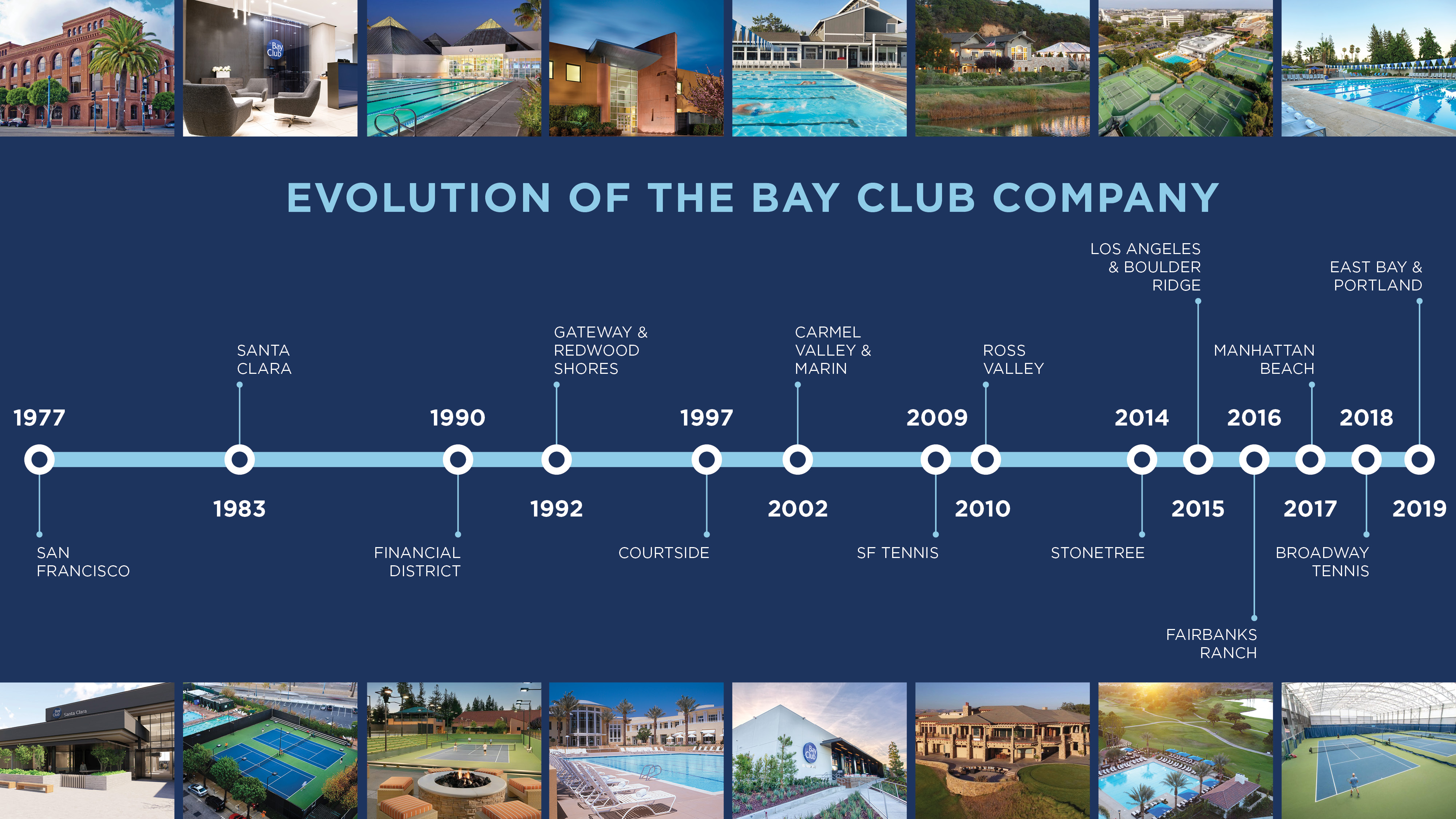